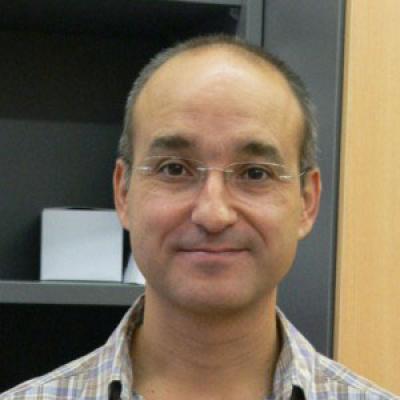 Has been part of 6 CREAF projects

I am a research technician at CREAF, located in the Universitat Autònoma de Barcelona campus (UAB, Spain). I graduated in Physics at Universidad de La Laguna (ULL, Spain) in 1988 and obtained my PhD in Astrophysics in 1994 at Institute of Theoretical Astrophysics (ITA, Norway). I also had post-doc positions at Instituto de Astrofísica de Canarias (IAC, Spain) in 1995-1997 and Observatoire de Paris (OBSPM, France) in 1997-1999. After a 4-year hiatus in my scientific career, which I spent in the private sector, I obtained a master diploma in Remote Sensing and GIS in 2003 from the Institut d'Estudis Espacials de Catalunya (IEEC, Spain).

Since October 2003 I have been part of the CREAF team and, consequently, my research interests have moved to the fields of environmental sciences, applied statistics and numerical ecology. This research work at CREAF has led to a significant number of publications in high-impact journals, focusing mostly on the statistical analysis and modeling of dynamic phenomena in ecology and forestry sciences. Those study subjects include land cover changes in Mediterranean and Boreal landscapes, modeling of forest dynamics, theoretical studies of interaction networks in species communities and the impact of insecticides on bee populations, among others. I have also been a visiting researcher at the Univerité de Montréal (UM, Canada) and currently cooperate with scientists from national (CTFC, UPC) and international (UM, UNIBO in Italy) research institutions. Finally, I have supervised two master and three doctoral students (UAB and UM).