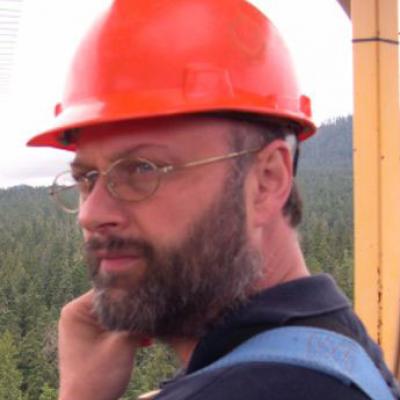 Has been part of 11 CREAF projects

Mencuccini is ICREA Research Professor of Plant and Ecosystem Ecology at CREAF. He was Professor of Forest Science at The University of Edinburgh (UK) and is now Honorary Professor at the same University. He completed his PhD in Edinburgh (UK) and was postdoc at Cornell University (NY, USA). He was visiting fellow at Cornell University (USA), at Universitat Autònoma de Barcelona (UAB, Spain) and an invited visiting Scientist at CSIRO (Tasmania, Australia). He has been an Eminent Visiting Scholar at University of Western Sydney (Australia).

Mencuccini’s research interests cover the dynamics of forest ecosystems, tree- and ecosystem-scale carbon and water fluxes, leaf, xylem and phloem physiology and use of stable isotopes (13C, 17O, 18O, 15N) as tracers. Recently, his focus has been on improving our understanding of the hydraulic vulnerabilities of trees globally in the context of projected increased drought frequencies and intensities.

Mencuccini has held grants in the UK, in Spain and the EU. His most recent grants explored the significance of nitrogen deposition for the carbon cycle of temperate trees in the UK, the impacts of drought on the mortality of Scots pine and the phenotypic variability of hydraulic traits across environmental gradients. Currently, he is collaborating with colleagues in the UK (Exeter, Leeds) to quantify phenotypic variability of hydraulic traits across environmental gradients in South America (Peru, Bolivia, British Guyana, Brazil) and with Australian groups (Canberra, James Cook) to quantify drought-induced responses in the Brazilian and the Australian tropics.

The physiological ecology of trees

Adaptation and ecological plasticity of the water transport system of trees, The carbon cycle of forest ecosystems, Prevention of forest degradation and forest restoration in Tropical regions