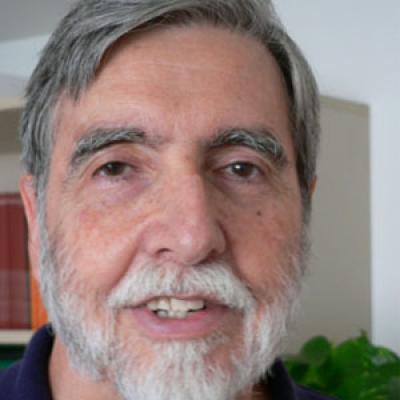 Has been part of 15 CREAF projects

He was born in Barcelona in 1943. He was chairman of the Ecology Department at Universitat Autònoma de Barcelona (UAB), then emeritus professor, and currently honorary professor. He organized the first research team on terrestrial ecology in Catalonia. He promoted environmental education with over 200 papers, and opinion and outreach articles. Promoter and first director of CREAF. He worked on plant ecophysiology, forest ecology, forest wildfires, climatic change effects, and molecular ecology. AEET’s first president. Vicepresident of ICHN. Director of Ecology and BABVE departaments at the UAB, member of several committees and boards related to environmental research, conservation, education, and management.

His research focuses on plant ecophysiology, forest ecology, forest fires, the effects of climate change and molecular ecology. Among the most representative positions, he was the first president of the Spanish Association of Terrestrial Ecology (AEET), vice-president of the Catalan Institution of Natural History (ICHN), director of the departments of Ecology and of Animal Biology, Plant Biology and Ecology (BABVE) of the Autonomous University of Barcelona, as well as being an active member of committees, boards and trustees related to environmental research, conservation, education and management.

He has directed the Aula d'Ecologia, Barcelona City Council, for 17 years. He is an honorary member of the AEET, the ICHN and the Association of Environmentalists of Catalonia. Member of the Institut d'Estudis Catalans and of editorial boards and national and international commissions to evaluate research. Former president of the Terra Foundation, member of the CREAF Management Support Team. He has supervised 17 PhD theses.