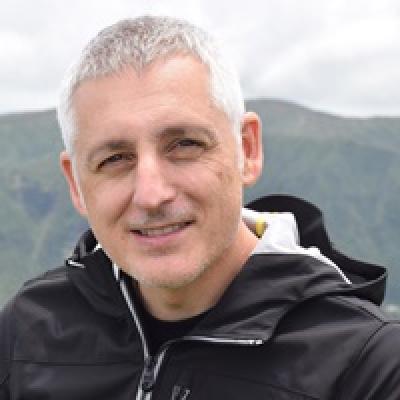 Has been part of 8 CREAF projects

I am a biologist (UAB, 1995) and a doctor in biology (UAB, 2004). I joined CREAF in 1996, as a field and laboratory technician for the Ecological and Forest Inventory (IEFC). Since then I have worked on more than 20 projects of the center, among which the Mapa de cobertes del sòl de Catalunya (MCSC) and the regeneration studies of the areas affected by the great fires of 1994 and 1998 stand out. My doctoral thesis focused on these studies.

In 2005 I decided to devote myself to scientific dissemination. In this area, I have worked with CREAF, the Science in Society Foundation, the Provincial Council of Barcelona, ​​the Barcelona City Council, the Catalunya-La Pedrera Foundation and the 2Salamandras dissemination team. The most outstanding works are the editorial coordination of the Manuals de Gestió d'Hàbitats and the book Un planeta a la deriva, the creation of the workshops De les cendres a l'ombra and Què és millor, cooperar o competir?, and the preparation of the educational materials Arguments científics per a la convivència and the MónNatura-Pirineus wildlife panels.

Since February 2012 I have been part of the CREAF Communication team, that started the previous year, when Anna Ramon joined the centre as its communications director.