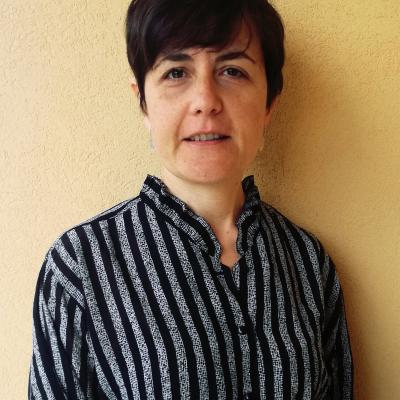 Has been part of 6 CREAF projects

I received a BSc in Forestry and Environmental Science in 2003 and a PhD in Crop Systems, Forestry and Environmental Sciences in 2007 from the University of Basilicata (Potenza, Italy), working in Marco Borghetti’s group. During my PhD I spent one year (2005-2006) at Paul Scherrer Institute in Switzerland, working with Rolf Siegwolf and Matthias Saurer, where I was introduced to the wonderful world of stable carbon (d13C), oxygen (d18O) and nitrogen isotopes (d15N) and their application to tree physiology and forest ecology studies. Since then, I have been using stable isotopes to trace and link carbon, nitrogen and water cycling in different forest ecosystems.

From 2009 to 2012 I joined Maurizio Mencuccini group at School of GeoSciences (University of Edinburgh, UK) as a Newton International Fellow funded by the Royal Society, the British Academy and the Royal Academy of Engineering. I investigated the effects of nitrogen deposition on tree water use efficiency and nitrogen cycling by combining experimental manipulation with observations along a gradient of ambient nitrogen deposition across the UK (in collaboration with colleagues at the CEH, Forest Research and NERC Isotope Geosciences Lab in the UK and Purdue University in the US). Other than the application of the triple isotope approach (d13C, d18O and d15N) in tree rings, I considered the analyses of d15N in NH4 and NO3 and d18O/d17O in NO3 in rainfall and throughfall water collected at four UK forests at contrasting levels of ambient nitrogen deposition, in order to assess interactions between atmospheric nitrogen and tree canopies. During my postdoc in Edinburgh I was also involved in the JACARE expedition organized by several academic institutions in the UK, Australia, US and Peru. The project aimed to link forest canopy chemistry, physiology, composition and function with over flights of the Carnegie Airborne Observatory for tropical forests in Peru. This gave me the great opportunity to work in the tropics and take part to an intensive fieldwork during which we collected data on leaf gas exchanges and traits for sites in lowland Amazonian up to 3300 m asl in the Andean tropical moist forests of Peru.

From 2013 to 2016 I crossed the ocean to join Scott Ollinger and Heidi Asbjornsen’s groups at the Earth Systems Research Center (University of New Hampshire, UNH, USA) as post-doctoral Research Associate. I worked on a NASA funded project, addressing changes over the last two decades of water-use efficiency in relation to nitrogen, water availability and vegetation biodiversity for eleven AmeriFlux forests across the US. The project included a combination of techniques applied at the tree to landscape level, including foliar and tree ring d13C, d18O, carbon and water fluxes estimated from eddy covariance technique (EC) remote sensing data.  My contribution to the project was to compare and reconcile two scales of investigations (tree and ecosystem) and two of the most commons methods used to assess WUE (d13C and EC). The last year of my postdoc I visited for two months Annie Desleauries and Dr. Sergio Rossi at Université du Québec à Chicoutimi (Canada) to learn technique of xylogenesis analyses. The study (still in progress) aims to take a closer look at dynamics of annual ring formation  to better link carbon uptake at  canopy level to carbon allocation in the stem.

Since June 2016 I have joined the CREAF thanks to a Marie Curie fellowship within the MSCA RI (reintegration panel), which has allowed me to come back to my Mediterranean roots to work on a very exciting project -NITRIPHYLL. The project aims to explore canopy nitrogen transformation occurring in the phyllosphere by combining i) stable isotopes in NO3 and NH4 in forest water to quantify nitrate coming from canopy nitrification, and ii) proteo-genomic techniques to characterize microbial communities harbored in tree canopies responsible for it. I will be considering beech and Scots pine forests along a broad climate and nitrogen deposition gradient within the European ICP forest network.