LiquenCity. Find urban lichens and discover the quality of the air in your city

Lichens undoubtedly are the best example of a bioindicator of air pollution. That’s the reason why they are commonly used as bioindicators of the levels of change derived from human activities.

Despite the great importance that has for the health of citizens the quality of the air they breathe, the perception of the problem is not extended to the entire population, and the measures taken to mitigate the excessive levels of certain pollutants are often not understood. The improvement of air quality in cities and their transition to more sustainable cities requires the participation of citizens: they can provide knowledge, make decisions and change their habits.

The use of bioindicators allows us to have a greater network of sampling points and to improve the estimation of the levels of atmospheric pollution at a low cost. It has been proved that lichen diversity is inversely correlated to the number of deaths due to lung cancer, so its use as a bioindicator also allows making important predictions for human health (Cislagui & Nimis 1997).

Lichens undoubtedly are the best example of a bioindicator of air pollution. That’s the reason why they are commonly used as bioindicators of the levels of change derived from human activities. William Nylander (1866) was the first researcher to observe the disappearance of lichens as he entered the center of Paris during the height of the Industrial Revolution. Since then, more than 2,000 scientific works have been published using lichens as bioindicators of the air quality and the levels of contamination by sulfur dioxide, nitrogen oxides, heavy metals, etc. in the five continents.

The main objective of the project is to raise awareness among the urban population of Madrid and Barcelona about the effects of atmospheric pollutants and their impact on health, through their active participation in the monitoring of the epiphytic lichens that live with us in the big cities.

The urban population of Madrid and Barcelona, especially the students of secondary schools and professional training, will carry out standardized sampling to find out the diversity and abundance of epiphytic lichens (which grow on trees). This approach of citizen science to the bioindication of atmospheric pollution will be completed with systematic sampling by lichenologists using standardized protocols at European level. These two sets of data will help to evaluate the air pollution of these cities, know which pollutants are involved and establish criteria and measures to correct the quality of the air and to improve the public health, which could be implemented in municipal management plans.

We expect to train citizens (schoolchildren, educators, naturalists, environmental volunteers and other social groups) through the impartation of training sessions and the distribution of manuals and file cards about the methodology and identification of lichen species. Our intention is to prepare citizens to be able to detect and quantify the presence of lichens in the different districts of Madrid and Barcelona and, therefore, to make the urban population of these two cities aware of the effects of atmospheric pollutants and their impact on health, which is the main objective of this project. The observations will be recorded in the platform Natusfera, where a team of experts will carry out its review. 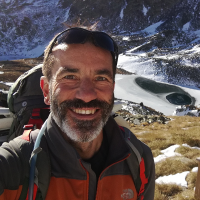 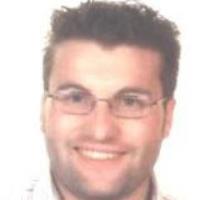 BioSphera - Citizen science for the Natural and Cultural Heritage monitoring

Home  /  LiquenCity. Find urban lichens and discover the quality of the air in your city