Towards understanding the temporal dimension of the invasion process (TEMPOINVASIONS): implications for restoration

The TEMPOINVASION project main objective is the developement of al methodology to characterise the initial introduction and expansion of  non-indigenous species (NIS).

The TEMPOINVASION project main objective is the developement of al methodology to characterise the initial introduction and expansion of  non-indigenous species (NIS). Recently, it has been recognised the importance of incorporating ecological history (e.g., baselines or reference conditions) in environmental policy such as in the conceptual framework for the 2019 IPBES global assessment report on Biodiversity and Ecosystem Services. Yet, it is still lacking a robust strategy to organise and standardise long-term ecological datasets, mainly because to study ecological history over the necessary span of years (often centuries to millennia), patterns must be inferred from fossil records. The TEMPOINVASION project will overcome this challenge focusing on understanding 600 years of trajectories of  NIS since their initial widespread when the first major translocation of marine species occurred in the XV century due to the exploration voyages across the Atlantic. The NIS data will be integrated with marine biodiversity data and with time-series of pollutants and nutrients.

To achieve our aims we will carry out fieldwork to collect six sedimentary sequences that will be thoroughly dated (210Pb, 14C) from marsh vegetation from Cádiz bay, Cabo de Gata, and the Delta de l'Ebre. These study sites are selected to consider a gradient along thecoast. To obtain the time-series of NIS and marine biodiversity we will extract ancient sedaDNA from the sediments. To extract the time-series of pollutants and nutrients we will use a portable X-ray fluorescence (XRF) and a CHN analyser that will allow to build time-series of for example, emerging pollutants (e.g. Hg, Pb) since their initial widespread.

These temporal high-resolution datasets, will be then integrated in an open access database that will provide a solid understanding of timeframes over which restoration actions can be implemented for the recovery of ecosystems and finally we will have a coherent tool at our disposal to guide restoration practices.

Image 1: Hypotheses tested in the TEMPOINVASION project. Hypothesis 1 (H1) refers to the expectation that impacts of non-indigenous species (NIS), pollutants and nutrients on marine biodiversity has varied through time. H2 refers to the effects of NIS introductions and time-lags on the NIS spread, and how failed introductions may provide knowledge of restoration; and H3 refers to NIS arrival from the 15th century and links with recent increase in shipping intensity.

Image 2: Sampling sites of TEMPOINVASION. Map of shipping routes and intensity from https://www.emodnet-humanactivities.eu/view-data.php with only cargo ships selected. Proximity to a large harbour is key here, from less proximity (pristine site) to close proximity (impacted site). 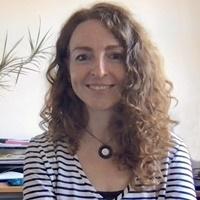 Home  /  Towards understanding the temporal dimension of the invasion process (TEMPOINVASIONS): implications for restoration