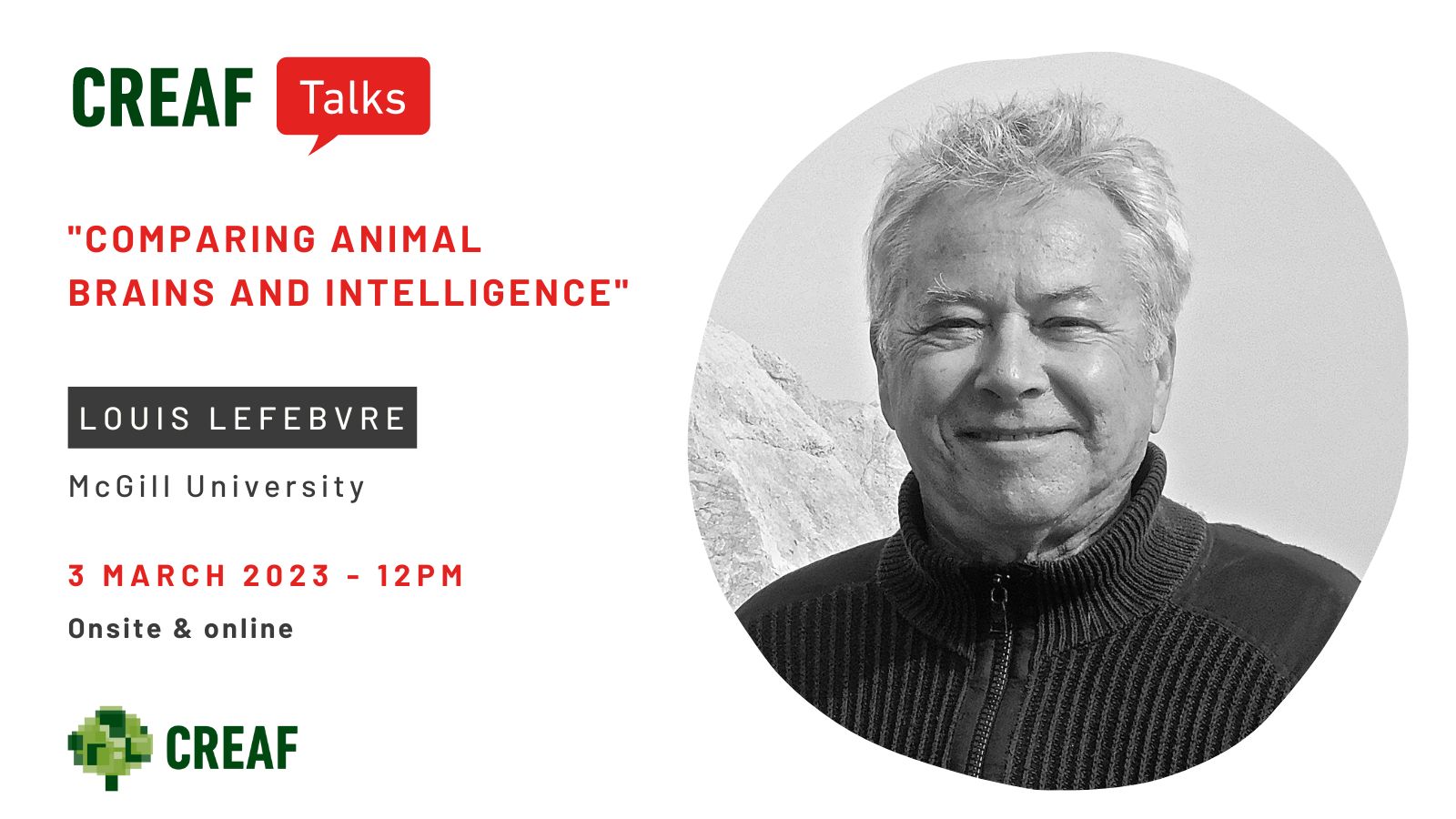 Seminars will combine in-person and online formats (CREAF, Sala Graus II, Universitat Autònoma de Barcelona, Spain) but in all cases, talks will be always streamed (not recorded), so they can be followed online.

HOW TO CONNECT: direct link to Louis Lefebvre's conference.

SUMMARY OF THE WORKSHOP:

Something about the brain is probably associated with something we call cognition, a term that covers everything from simple forms of learning to the most complex manifestations of intelligence. The challenge is to find the most useful methods and measures to test this probable link.

Comparing a limited number of species is likely to be confounded with many variables, so a quantitative measure of cognition that covers as many species as possible could be useful, as confounding variables can be controlled without too much loss of power. One such measure could be the number of novel foods and feeding techniques each species is observed to use in the wild, for which at least 13 confounds have been addressed.

The other "something" in the equation is the brain. What should we be measuring? Whole brains? Brain parts? Neuron numbers? Expression levels of neurotransmitter receptors? Should these measures be allometrically corrected or not?

I will review the advantages and disadvantages of the methods and measures and describe the latest results from this approach, including studies on risk of extinction.

I have always been interested in the comparative method to understand the evolution of behaviour. My masters and PhD from the Université de Montréal (Canada) were in comparative psychology. I was a pre-doctoral intern in neurophysiology at the CNR in Pisa (Italy) and a postdoctoral fellow in the Animal Behaviour Research Group at the University of Oxford (United Kingdom) with Richard Dawkins. I was hired by the Department of Biology of McGill University (Canada) in 1980 and became emeritus professor in 2020. For the last 20 years or so, I have had the great good fortune of collaborating with CREAF researcher Daniel Sol and his group.